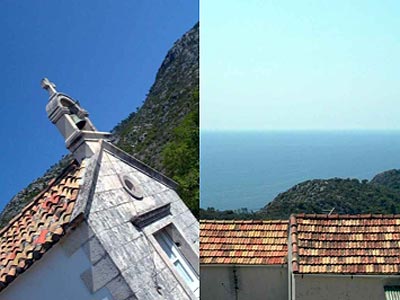 Green island of Mljet, situated in the southern part of the Adriatic sea, is well known for its rich cultural and natural heritage, dense Mediterranean vegetation and transparent and clear sea with great variety of sea life. The island is known as one of the last habitat of monk seal as well - the rare and endangered sea mammal which unfortunately does not exist in the Adriatic sea any more.

Since the medieval ages, our island has been well known for it's exceptional products: goat cheese, vine and honey after which it was named (Melita and Meleda are ancient names for Mljet, both coming from the word mel - honey).

Today, many lovers of the authentic nature discover this island in their escape from the urban life.

Mljet is 35 km long, and inhabited with less than 1000 souls who live in the 15 villages completely in harmony with nature. Their main occupations are fishing, agriculture and tourism. Settlements are connected with a road which extends from the National Park in the northwestern part to the Saplunara bay at the southeastern most part of the island.

The Mediterranean climate, characterized with mild winter and hot summer, makes that many trees blossom in the autumn and even in the winter. And the all-year round green pine trees make this island look so green. The rich vegetation of the island, especially in the area of the national Park, explains why Mljet is also known as the Green Island.
Come and check by yourself why island of Mljet is among ten most beautiful islands of the world according to the Time magazine